Several times we have visited the city of Romans-sur-Isere, a quaint city in the department of the Drome, quite famous for three things – being the former capital of shoe manufacturing in Europe, for its delicious brioche like bread – the Pogne de Romans and finally for its adorable biscuits, the Lunettes de Romans (eyeglasses of Romans).

I am very much stuck on these cuties and they happen to be a favourite of my son, so much so, that I rang the wonderful patisserie Mourier a couple of days ahead of time, to organise a box to be ready and waiting for us. 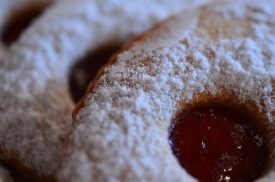 Romans (named after its first parish Saint Romains) from the 1850s flourished for its shoe manufacturing. Until the 1970s, with the exception of world wars, the city thrived on this industry. Now, as a memorial to this impressive past, the city has installed a the International museum of shoes. For any shoe lover, it is an absolute must.

The gorgeous Pogne shall one day have its own post. On a gorgeous sunny day like today it is the lunettes de Romans which are just begging to be made! Plus, it is the Friday at the start of a long weekend, my son will soon burst through the gate with a friend after sport and it would be nice to surprise them with a batch of lunettes! 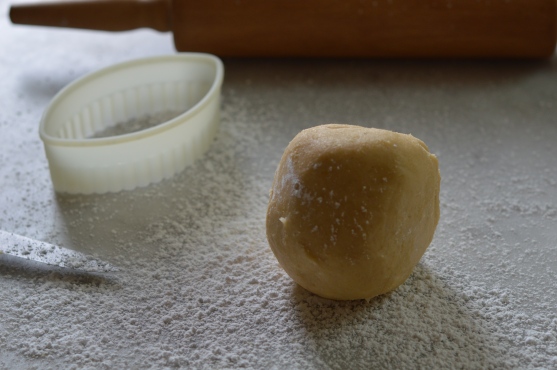 The original recipe was known in Italy as the Milanese. Piedemontese people were thought to have transported this recipe across the alps to the Dauphine region of France where it then moved to Romans in the Drome.  It was there that it was modified to suit the new climate – the valley of the Drome is where fruits grow abundantly. The jams made from this fruit complement perfectly this buttery, delicate biscuit. 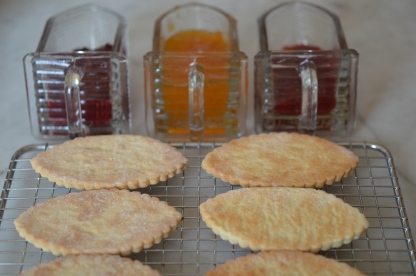 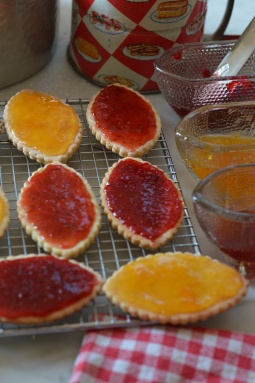 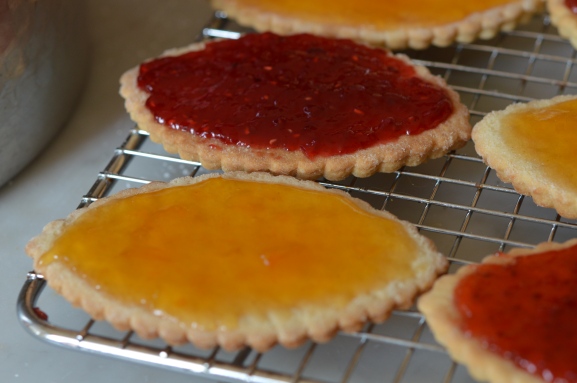 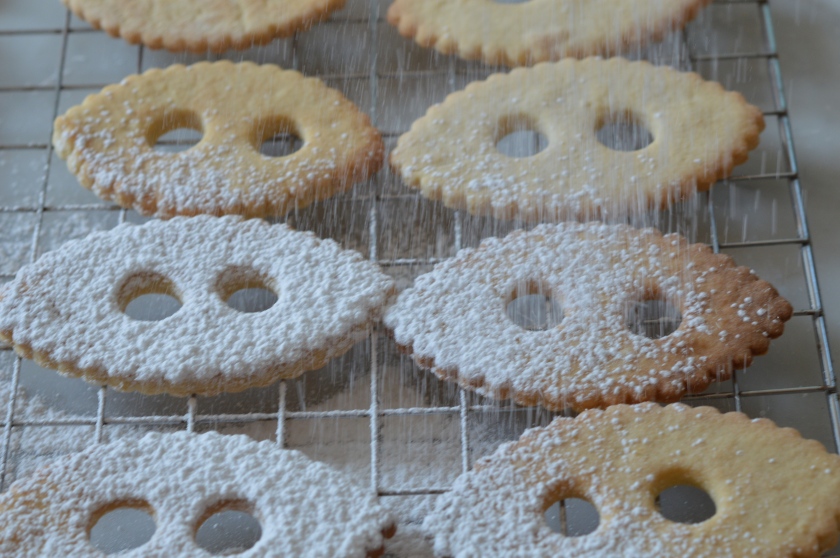 Based on a shortbread style biscuit, I have tried a few variations and this is the one that most resembled the delicious ones we purchased in Romans. The almond powder gives a lovely moistness and flavour inside to a still crumbly biscuit.

jam of your choice (I used strawberry, raspberry and apricot)

Sift flour into a bowl and add the butter cut into small pieces, rubbing in with the finger tips until it resembles a sand like mixture. Add the sifted icing sugar, the almonds, the salt, vanilla, creme fraiche and the egg yolks.

Knead the dough together without giving it too much elasticity. Bring it together to form a ball, wrap in plastic film and store overnight in the refrigerator.

Preheat your oven to 160°C. Sift your work surface liberally with flour.  Carefully roll out the dough to a thickness of about 3 – 4mm and cut with a fluted oval cutter. *Using a small round cutter (i grabbed an icing tip!), cut two ‘eyes’ into half of the biscuits. Place all the biscuits on baking sheets that are lined with baking paper. Cook them for between 12 – 15 minutes, until lightly golden. Leave to cool.

Taking the uncut biscuits, turn them over and spread generously wit jam. Line up all the remaining halves with ‘eyes’ face fronts upward and dredge them with icing sugar. Carefully lift the tops by their edges to sit atop each back coated with jam.

*If your dough becomes too sticky out of the refrigerator, take a piece from the ball and leave the rest to chill until the last moment. If you arrive at a point where it is not easy to work with, put it back in the refrigerator or do as I did at one moment  once when I made these – knead in a little extra flour to make it workable. 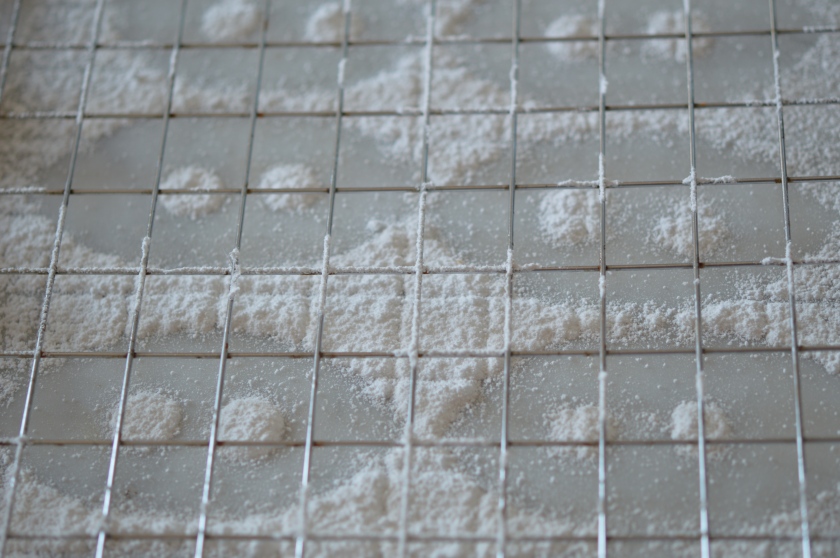