JI am in the midst of a particular wave of nostalgia for Australia at the moment and ANZAC day has heightened that sentiment. It is an odd sensation to feel a yearning for my country, so far away, yet knowing that so much of the bloodshed occurred here in France. When my children were younger I said that I would one day go to a dawn service at Villers-Bretonneaux, and visit the school built by the donations collected by Victorian school children.

But for today, I settle for getting out my grandmother’s cookery book and baking up a batch of ANZAC biscuits. Whether or not they were sent to troops because of their lack of rapid spoilage, or sold 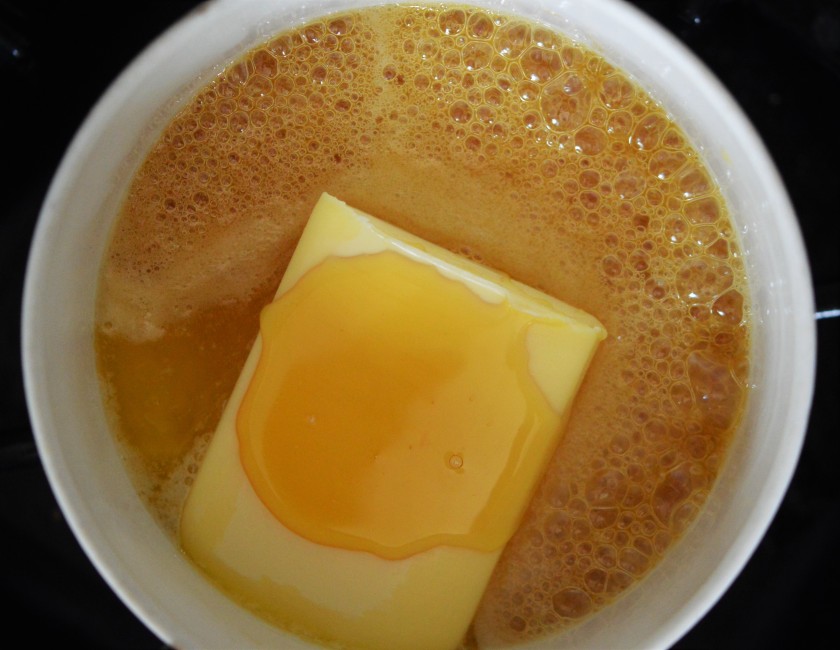 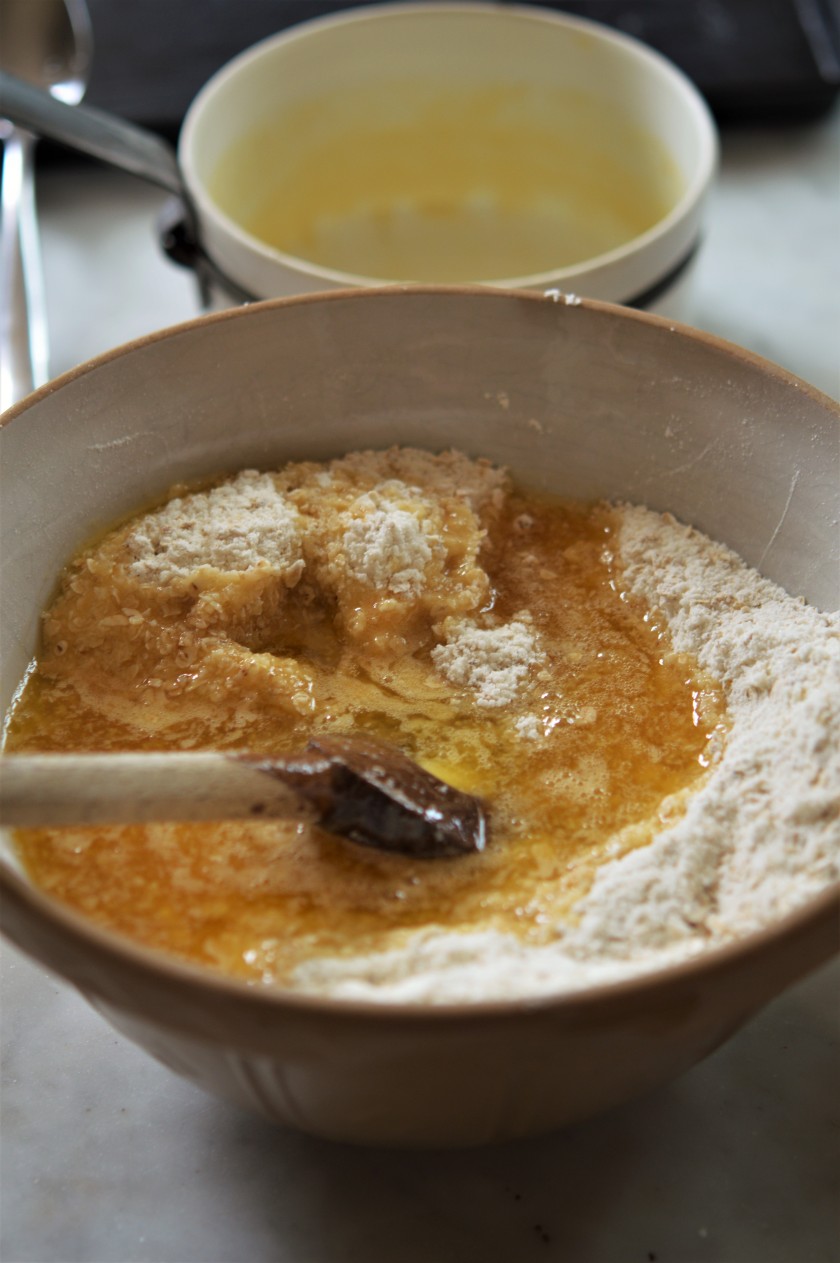 at fairs and public gatherings to raise money for the war effort, I consider them to be anything but a ‘scrimp and save’ ration style biscuit, but rather a rich treat. Oats, sugar, butter, golden syrup and coconut meld together for a golden crunchy biscuit with a spectacular flavour.

Ordinarily my children prefer a chewy, gooey style of biscuit. Today, on a day that ties Australian and French history in a tight knot, I like to talk with the kids about the events of the second world war over making a batch of ANZAC biscuits, the spirit of Aussie soldiers in fighting for and giving their lives for this beautiful country. Lest we forget

Preheat the oven to 160°C. Melt butter and golden syrup together in a saucepan. Mix together all dry ingredients together, except the bicarbonate of soda. Mix the boiling water with the bicarbonate of soda, stir into the butter golden syrup mixture. Add the wet ingredients to the dry and mix well. Roll dessertspoon sized balls and place on a greased oven tray, then flatten slightly with the back of the spoon.

Cook about 10 minutes, until golden.